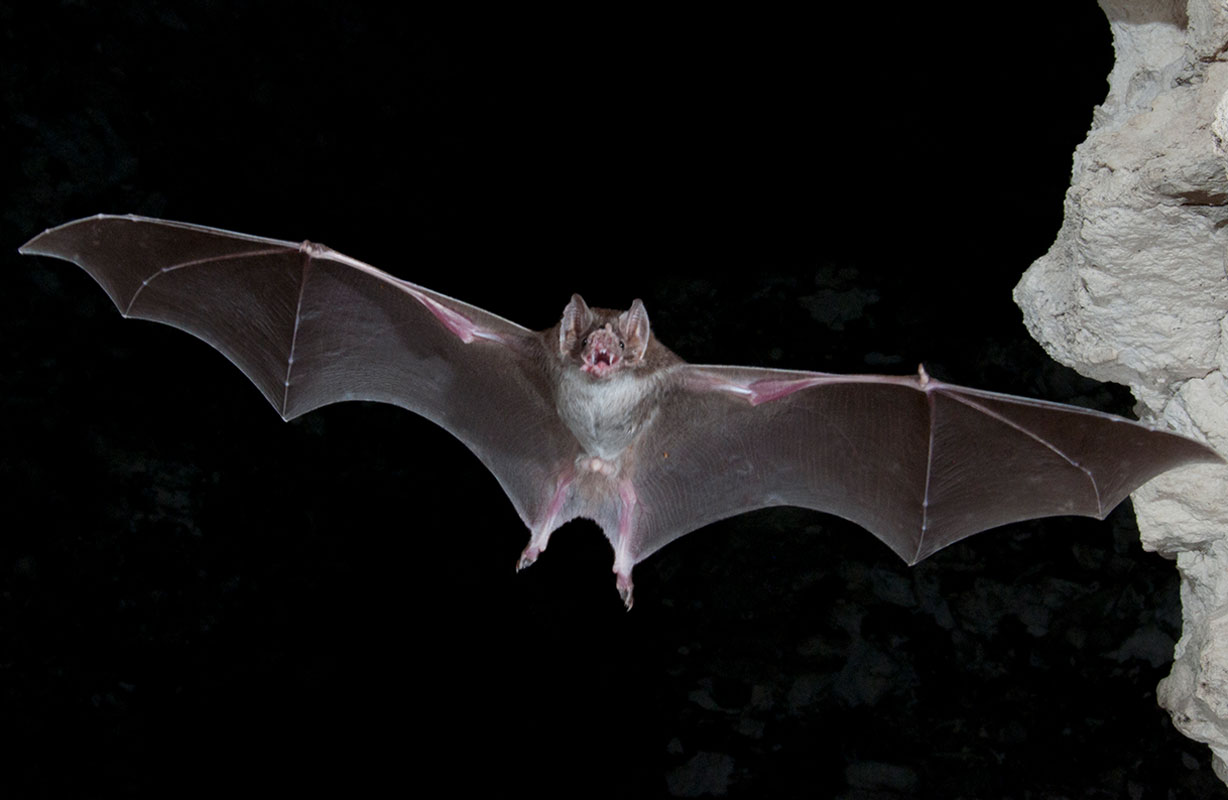 According to an article in Sputniknews, US Department of Defence conducted research on a number of pathogens in Ukraine. This is also confirmed by presidential candidate Tulsi Gabbard.

Because of the recent global censorship – that has been put in place, either to protect people from Russian desinformation or to hide things, I am pasting the article here.

”What did American virologists cook in ”Ukrainian cuisine”

The United States made a real mess in Ukraine: in biolaboratories close to Russia, virologists developed new strains of the most dangerous infections

DUSHANBE, March 15 – Sputnik. The data released by the Russian Ministry of Defense about secret US biolaboratories on the territory of Ukraine surprised many, except, perhaps, the Washington administration.The White House, through Victoria Nuland, confirmed this fact, as well as the fact that efforts are being made to save the developments: “We are working with the Ukrainians so that they can prevent any of these research materials from falling into the hands of Russian forces if they approach ”.Since the Russian Defense Ministry has already made public some of the documents seized during the special operation to denazify and demilitarize Ukraine, the ”work together with the Ukrainians” began with a failure.It is noteworthy that on the morning of Wednesday, March 9, on the website of the Ukrainian leader, one could read a petition from 2021 calling on Vladimir Zelensky to close American biological laboratories in the country.Two days after Nuland’s revelations, the petition disappeared at a Senate hearing. The document very reasonably substantiates the need to liquidate these institutions, indicating their exact location.It is worth noting that the petition was never awarded the attention of a comedian in politics, who, by the will of some clown gods, took the presidency, since it received only 15 votes. Using the terminology of Vladimir Putin – ”Tobacco bashfully kept silent.”

But Ukraine, under its current leadership, has firmly secured its status as a wonderland and the world center of political metamorphosis, since on March 14 the link became active again.It can, of course, be assumed that there was a technical failure in the operation of the website of the Ukrainian president, but for some reason it only touched on the petition about the need to close foreign bacteriological laboratories – that is, again, miracles and mysticism.The meeting of the UN Security Council initiated by Russia is unlikely to bring clarity to this issue. Judging by the reaction of the world community, this topic is of most interest and concern only to the Russian Federation and China, it is not even interesting to Ukraine, which kindly provided its territory and its people for experiments.Therefore, the evidence base will not cause any reaction from humane Western diplomacy, except for the traditional and rather boring hysteria and accusations of propaganda and falsification. In this regard, a special operation in Ukraine had to be carried out at least to save the Russian and Ukrainian peoples from the unenviable fate of guinea pigs.And now a little from that ”viral cuisine”, the dishes of which were prepared for us by the Americans in Ukraine.

Let’s start with anthrax (anthrax; other Greek – ”coal, carbuncle” – ed.), whose bacteria are classified as biological weapons. In most cases, infection occurs through contact with spores. The inhalation form of infection is the most deadly.The main distinguishing feature of anthrax is survivability. Her disputes can be at rest and wait in the wings for 40 years. The damaging properties of this type of biological weapon are ”favorite” topics for study among Western virologists.

Quick death: what are the dangers of biolaboratories in Ukraine – interview

The pulmonary form of this infection initially suggests an unfavorable prognosis for the patient. Among the complications and consequences are inflammation of the membranes of the brain, cerebral edema (accumulation of fluid in the space around the brain and inside it), bleeding in the stomach and intestines, intestinal paresis (cessation of movement of food through the intestines and contraction of its walls), inflammation of the intestines, abdominal cavity, lungs, pulmonary bleeding, pulmonary edema, drop in blood (arterial) pressure to life-incompatible values.Unfortunately, there is no experience of mass vaccination against anthrax.

Infection from the past

Judging by the fact that the plague was among the studied objects in American biological laboratories in Ukraine, the option of its use as a biological weapon is still in the minds.”Black Death” in the XIV century mowed down half the population of the Old World. Plague symptoms appear after 2-3 days.These are lymph nodes enlarged to the size of a chicken egg in the groin, in the armpits and neck. The course of the disease is accompanied by fever, chills, headache and fatigue.If treatment is not started within 24 hours of infection, the chance of death is greater than 70%.

The next object of study of the Americans was tularemia, which, although it is treated quite easily with antibiotics, however, this ”shortcoming” is more than ”compensated” by the high rate of spread.And in the absence of therapy, respiratory failure develops and, as a result, death occurs.The spread of tularemia in the form of an aerosol is an extremely effective biological weapon.

Onishchenko: US biolaboratories in Ukraine are preparing an attack – video

Brucellosis became an object of study by the US military in the last century – in 1944, the United States successfully tested ammunition with Brucella bacteria.Despite the fact that in 1969 Washington announced the complete destruction of these munitions, the study of the possibilities of its use did not stop. Mortality due to infection with brucellosis does not exceed 5%, but the chances of acquiring a lifelong disability are almost 100%.The spread of Brucella in the human body leads to the appearance of abscesses, as well as the occurrence of necrosis in various organs and tissues.Moreover, American researchers modeled and estimated the damage that an outbreak of this disease would cause to a city with a population of 100,000 people. Economic losses in this case amounted to almost half a million dollars.Apparently, the United States decided to continue experimenting with brucella in Ukraine, closer to Russia.

Bird flu H5N1 thundered all over the world back in 1997. Subsequently, it has repeatedly become a cause of extreme concern for the WHO Regional Office for Europe. And now H5N1 quite ”unexpectedly” pops up in Ukraine as a subject of close study by the American ”friends” of Kyiv.The WHO report states: “When it enters the human body, the virus causes a serious illness with damage to many organs and systems. In more than half of the cases, the disease is fatal.

For reasons that are not entirely clear, the majority of cases were previously healthy children and young adults. Although neither the exact timing nor the severity of an H5N1 pandemic can be accurately predicted, the risk of one occurring is very real due to the widespread prevalence of the virus in poultry and does not show a declining trend.”It is noteworthy that reports of H5N1 outbreaks in Western countries appear with a noticeable frequency. And enlightened Europe is not at all embarrassed that the United States was working with this virus under its nose.

A new round of the pandemic?

The COVID-19 pandemic continues to “walk” around the planet, and the fact that in the very center of Europe (well, at least a number of “authoritative” Ukrainian scientists say so) the United States is experimenting with bat coronavirus again does not excite the minds of the EU leadership.Changing the interface of a virus greatly increases its potential to infect humans. A natural question arises: did the United States in Ukraine prepare new pandemics for the world, the outbreaks of which no one expects?The above list of dangerous viruses that were grown in the US biolaboratories in Ukraine is far from complete.

The United States tested bioweapons on Ukrainians. Russia was next

Over time, when the Russian Ministry of Defense releases all the information about Washington’s experiments to create pathogens, there is no doubt that the world will see nothing less than a complete guide to the achievements of American military virology.It would not come as a surprise if the Ebola virus, which has undergone significant mutations, also appears on the list.In this situation, the position of the leaders of the European powers is surprising, for whom it turned out to be easier to believe in reports of Russian propaganda than to accept the fact that their longtime friend and partner, Washington, was carrying out prohibited and dangerous activities at their side.Well, no one has condemned the choice of old Europe for a long time, she is accustomed to passively follow in the wake of the policy of the White House and its owners, even neglecting the security of European civilization.

But the position of the Ukrainian authorities, now represented by a comic band led by Zelensky, should offend the mind of any sane person. Leasing out an entire country and virtually its entire population to inquisitive US bioweapon makers would go down in the history books as an unprecedented fact.But the motives that forced the Kyiv regime to throw its people on the altar of American virologists are an unplowed field for scientific research by psychiatrists-narcologists. And this story can not be rewritten, no matter how hard the Nulands, Kirby and other evil spirits.” 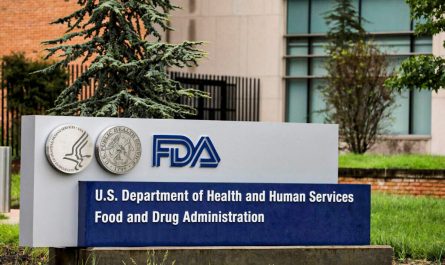 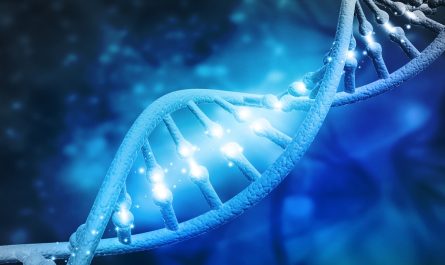 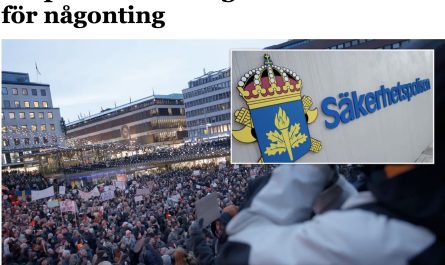