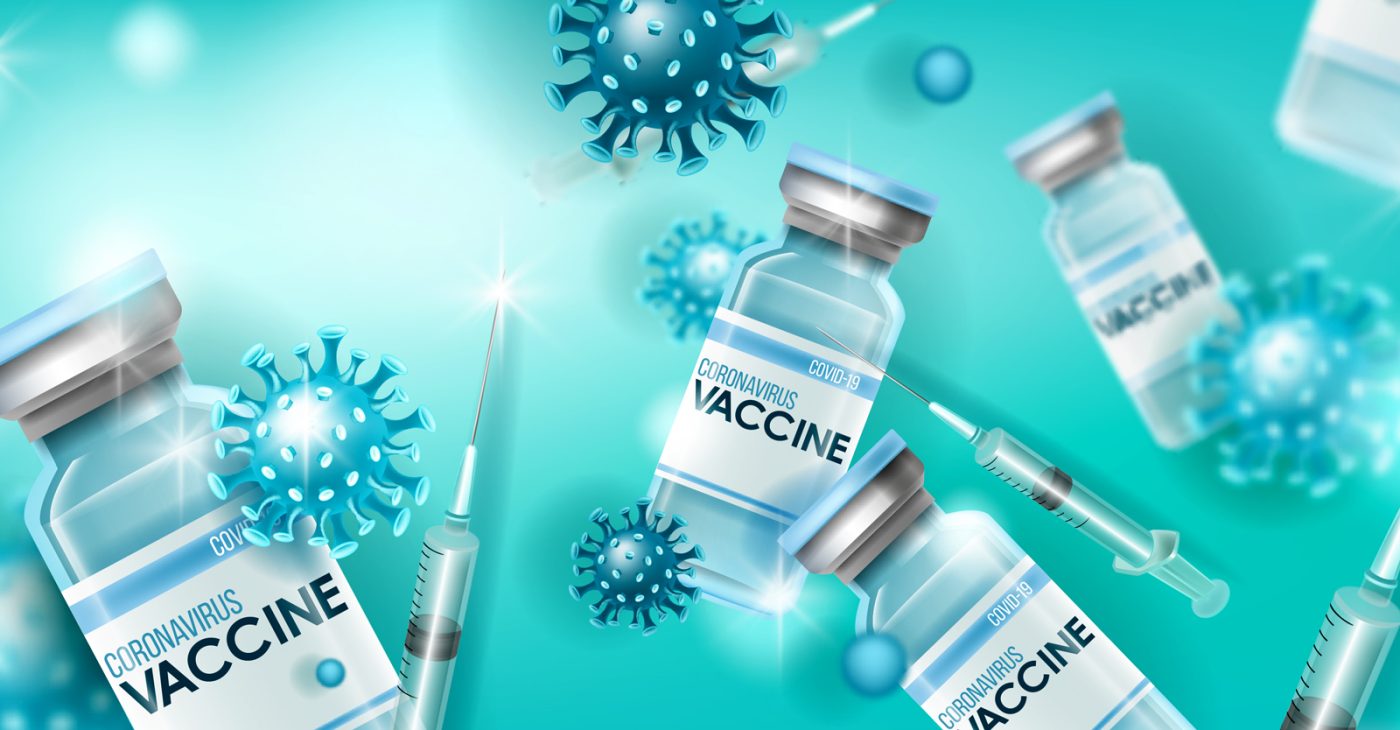 The Centers for Disease Control and Prevention today released new data showing a total of 1,017,001 reports of adverse events following COVID vaccines were submitted between Dec. 14, 2020, and Dec. 31, 2021, to the Vaccine Adverse Event Reporting System (VAERS). VAERS is the primary government-funded system for reporting adverse vaccine reactions in the U.S.

Foreign reports are reports foreign subsidiaries send to U.S. vaccine manufacturers. Under U.S. Food and Drug Administration (FDA) regulations, if a manufacturer is notified of a foreign case report that describes an event that is both serious and does not appear on the product’s labeling, the manufacturer is required to submit the report to VAERS.

Every Friday, VAERS publishes vaccine injury reports received as of a specified date. Reports submitted to VAERS require further investigation before a causal relationship can be confirmed. Historically, VAERS has been shown to report only 1% of actual vaccine adverse events.

The most recent death involves a 7-year-old girl (VAERS I.D. 1975356) from Minnesota who died 11 days after receiving her first dose of Pfizer’s COVID vaccine when she was found unresponsive by her mother. An autopsy is pending.

The most recent death involves a 15-year-old girl from Minnesota (VAERS I.D. 1974744), who died 177 days after receiving her second dose of Pfizer from a pulmonary embolus. An autopsy is pending.

The CDC is not investigating the death of a 13-year-old Michigan boy who died June 16, 2021, of myocarditis three days after his second dose of Pfizer’s COVID vaccine.

Judicial Watch on Wednesday obtained 314 pages of records from the CDC, including communications from Director Dr. Rochelle Walensky showing a request for information about the death of Jacob Clynick. https://platform.twitter.com/embed/Tweet.html?dnt=false&embedId=twitter-widget-0&features=eyJ0ZndfZXhwZXJpbWVudHNfY29va2llX2V4cGlyYXRpb24iOnsiYnVja2V0IjoxMjA5NjAwLCJ2ZXJzaW9uIjpudWxsfSwidGZ3X2hvcml6b25fdHdlZXRfZW1iZWRfOTU1NSI6eyJidWNrZXQiOiJodGUiLCJ2ZXJzaW9uIjpudWxsfSwidGZ3X3NwYWNlX2NhcmQiOnsiYnVja2V0Ijoib2ZmIiwidmVyc2lvbiI6bnVsbH19&frame=false&hideCard=false&hideThread=false&id=1479545738304569354&lang=en&origin=https%3A%2F%2Fchildrenshealthdefense.org%2Fdefender%2Fvaers-cdc-child-dies-pfizer-covid-vaccine%2F&sessionId=2f912ed0b09435f92b79131663f14a70c8e0db86&siteScreenName=ChildrensHD&theme=light&widgetsVersion=9fd78d5%3A1638479056965&width=550px

In the communications, CDC officials said the agency was not actively involved in the investigation of Clynick’s death, although it did make contact with the state health department and the pathologist who confirmed preliminary results showed “bilateral ventricular enlargement and histology consistent with myocarditis.”

The official said the agency was in touch to “maintain situational awareness” but said it was up to the states to conduct investigations into deaths reported following COVID vaccines.

The teen’s death was not acknowledged by CDC officials in presentations on myocarditis or vaccine safety during meetings held by the agency’s vaccine safety advisory panel, which makes clinical recommendations for use of COVID vaccines in children.

More kids dying from vaccines than from COVID

As The Defender reported Thursday, a Louisiana nurse last month told state lawmakers her hospital is seeing “terrifying” reactions to COVID vaccines, including blood clots, heart attacks, strokes, encephalopathy and heart arrhythmia — and staff are failing to report these to VAERS.

Collette Martin, R.N., a practicing nurse for 17 years, during testimony at a Louisiana House Health and Welfare Committee hearing, told State Rep. Lawrence Bagley that most medical professionals in her hospital aren’t even aware VAERS exists.

Martin said she raised concerns about adverse reactions to COVID vaccines and the failure to report them to hospital administrators, but she was “repeatedly dismissed.”

It’s Martin’s belief that only a fraction of deaths are being reported to VAERS as her hospital and others “are not reporting anything.”

Omicron variant less likely to cause lung damage or death

As The Defender reported Wednesday, multiple studies of Omicron infections showed decreased lung damage and decreased mortality rates in both animal and human tissue, but greater transmissibility of the Omicron variant.

A group of Japanese and American scientists on Dec. 29, released a study on hamsters and mice infected with either Omicron or one of several earlier variants. The findings showed those infected with Omicron had less lung damage, lost less weight and were less likely to die.

According to the preprint study, authored by more than 50 international scientists, the experiments “observed less infection of hamster bronchial cells in vivo with Omicron than Delta virus.”

The researchers also found a lower viral burden in the nasal cavities of mice infected with Omicron compared to those infected with other SARS-CoV-2 strains.

This rodent study is consistent with results announced earlier in December by researchers at Hong Kong University, and epidemiological data out of South Africa over the last two months. While cases there have skyrocketed, hospitalizations and deaths have declined in comparison to Delta.

An analysis of thousands of menstrual records showed women’s cycles changed after COVID vaccines, validating anecdotal reports from thousands of women who said their menstrual cycles were off after vaccination.

According to a study published by the Journal of Obstetrics & Gynecology, women who were vaccinated had slightly longer menstrual cycles after the COVID vaccine than those who were not vaccinated.

Cycle lengths returned to normal within one or two months, with a more pronounced delay in women who received both vaccine doses during the same menstrual cycle. These women had their periods two days later than usual, researchers found.

The study was conducted by researchers at Oregon Health & Science University and the Warren Alpert Medical School of Brown University, in collaboration with Natural Cycles, whose app is used by millions of women around the world to track their cycles.

Children’s Health Defense asks anyone who has experienced an adverse reaction, to any vaccine, to file a report following these three steps. 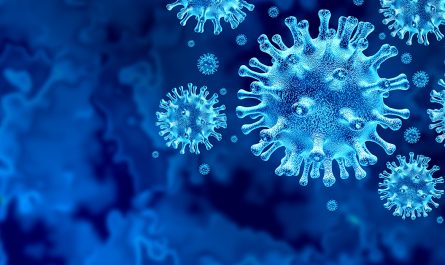 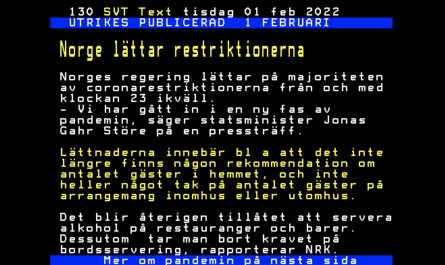 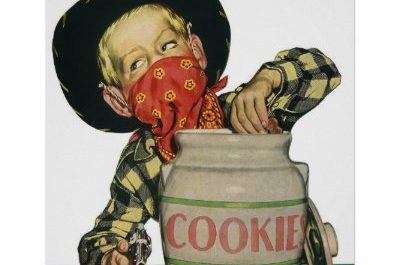 USA ALWAYS SEEM TO HAVE THEIR HANDS IN THE COOKIE JAR